The Story so far…

Stuart and Barbara Hughes started up a micro business from their Dromore home back in 2010. Some people might think it was a moment of madness amidst the recession, but the couple believed that people deserved better tasting spirits, and if given the choice they would choose hand-made over mass produced. They resigned from their jobs and started Northern Irelands 1st Craft Spirits production. Shortly after launching the RubyBlue brand they won international awards such as International Liqueur master, Great Taste Awards, Global Vodka Master, NY World Wine & Spirits Winner & International Liqueur Master. Export business came quickly and larger premises were needed, so in 2013 a move to Lisburn enterprise centre was essential. Since then the business has grown from strength to strength with stockists such as Fortnum and Masons London, Sainsburys, Tesco’s, Supervalu and M&S locally and exports to countries such as Russia, Australia, Lebanon, and Finland. By 2016 larger premises were essential, but this time visitors from around the world wanted to come and see how RubyBlue was made and therefore the search was on for the location that suited the beautiful hand-made products.

Finally they found a new home in the beautiful village of Moira in Co Down. 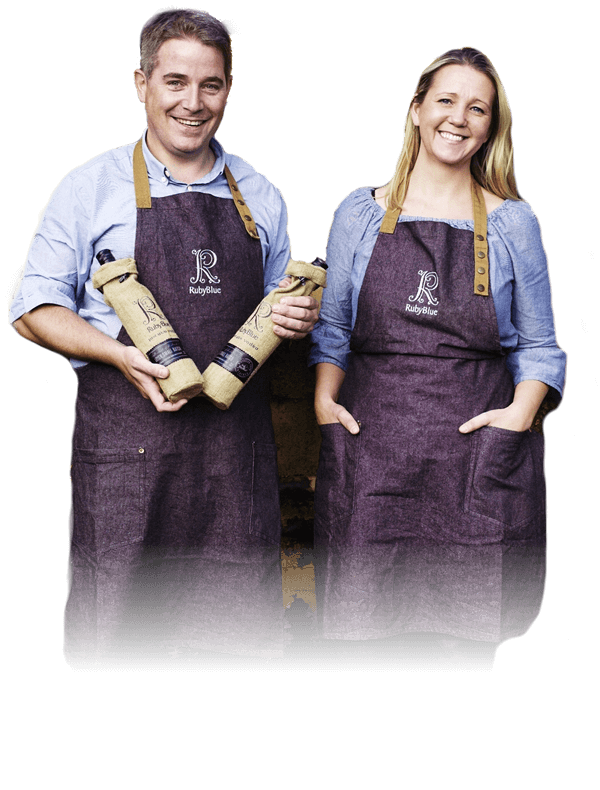 Formerly known as The Fourtrees, it was once a thriving pub equalled by few outside of Belfast but it needed some TLC to restore it to its former beauty. The pub was originally named after the four lime trees in the middle of Main Street. These two hundred year old trees marked a popular stopping point for the old Dublin stagecoach. The beautiful old buildings that house our distillery today.

Excited for the future and our philosophy is simple. Gratitude for support and encouragement our small batch production has received allowing our business to grow from our home in Dromore, and for the local produce we have to hand to share with locals and visitors alike. We are dedication to quality and experience above all else, we endeavour to make every visit to The StillHouse Moira and Hughes Craft Distillery a positive one.