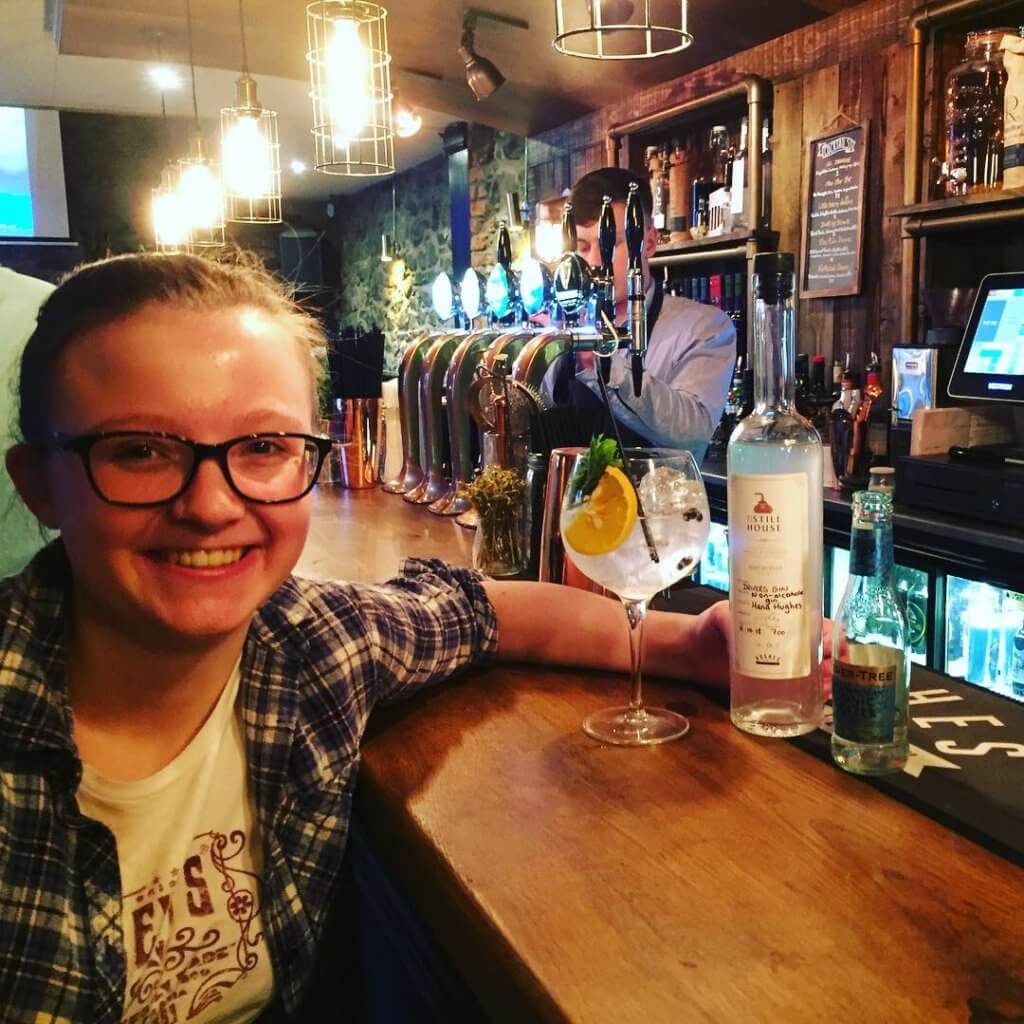 16 year old Hana Hughes has helped out in the family distillery business for many years.

Taking on tasks such as adding awards stickers, making up gift packaging or applying labels to bottles, but in the last few months she’s has officially joined the payroll as a junior waitress at the families gastropub that is run alongside their distillery.

Learning lots of new skills and growing in confidence every day Hana has recently signed up for The Duke of Edinburgh’s Award. As well as the Expedition obligation to achieve the award, Hana quickly decided to take on Pilates for the physical task. Assisting leaders at a local youth club for the Volunteering task, but was undecided on her choice for the skills prerequisite. She was surprised to see that brewing and distilling was an option on the guidance sheets provided within the new members pack.

And so the conversation at the dinner table moved to the upcoming ‘Sober for October’ campaign and how many people would be interested in non-alcoholic drinks in the coming month. “Would I be allowed to distil a non-alcoholic Gin” Hana asked. Not knowing how they felt about this initially Stuart and Barbara decided it was worthy of more investigation and encourage Hana to read up on hydrosols and experiment with the botanicals at the distillery.

Within a few days Hana had started talking about her ‘Drivers Gin’ and ‘Drivers G&T’ and how it would be great to be able to offer visitors to the distillery and pub during October something she had distilled with all the classic botanicals but zero alcohol. “People could even drink it beyond October and into the festive season. A non-alcoholic G&T with the fancy glass and garnish and even Fever-tree tonic so they could still feel part of the party. They would be totally safe to drive home” explained 16 year old Hana.

Any doubts the Hughes’s had subsided very quickly. The proud parents decided Hana’s proposal couldn’t be any more socially responsible and with their blessing Hana distilled her first batch of ‘Drivers Gin’

Now being served exclusively at The StillHouse Moira and in Hughes Craft Distillery cocktail bar its been a great success so far with many customers commenting they wouldn’t have known it was non alcoholic.

Well Done Hana – This must make you the Youngest Craft Distiller in Ireland!